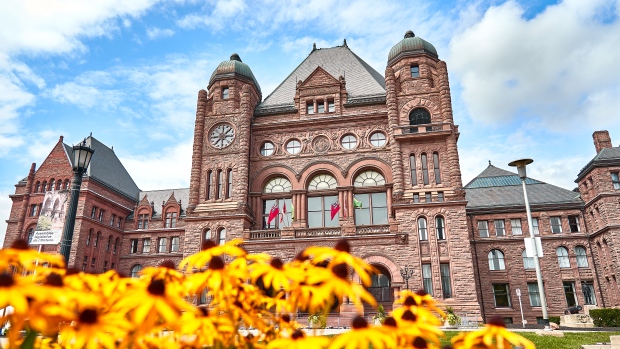 TORONTO – The Legislative Assembly of Ontario meets again this morning for the first time since the beginning of June with a new session and a Speech from the Throne.

The speech gives Premier Doug Ford the opportunity to present a renewed agenda, albeit delivered by the Lieutenant Governor. Elizabeth Dowdeswell.

The legislature was slated to return on September 13, but early last month Ford prorogued it until after the federal election, which was held on September 20.

The prorogation is the government’s first since taking office more than three years ago, and begins a new legislative session.

Ford spokeswoman Ivana Yelich said the Speech from the Throne will be overwhelmingly focused on tackling COVID-19 because it is the government’s top priority.

“I just hope the Speech from the Throne goes all the way around in the opposite direction to where Doug Ford took us,” she said on Friday.

Horwath will also push for the creation of safe zones to protect healthcare workers from intimidation and harassment.

Ontario Liberal Leader Steven Del Duca, who does not have a seat in the Legislature, said his party’s priorities included safe classrooms, pushing the province to sign a child care agreement. ‘children with the federal government and paid sick leave.

The opposition’s questions to the government in the new session are also expected to relate to rapid tests for schools and an ongoing dispute with the province’s optometrists that led them to withdraw provincially-insured eye services.

This report by The Canadian Press was first published on October 4, 2021.