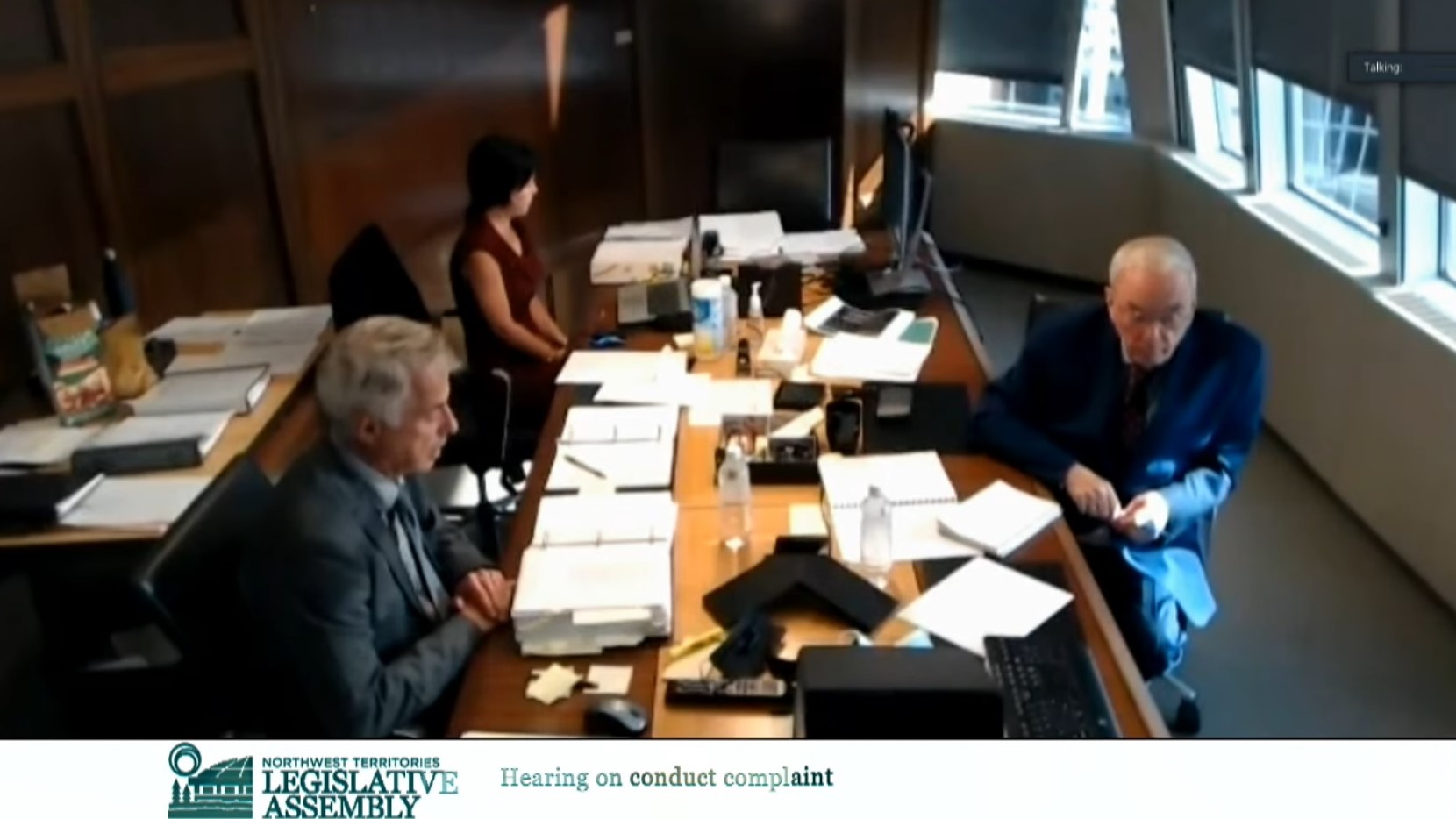 An irritated Steve Norn attended the second day of the hearing regarding a complaint brought against him by his fellow MPs.

After a day of lawyers arguing over whether the hearing should continue, Ron Barclay, the sole arbitrator overseeing the process, decided to continue on Tuesday morning.

On Monday, it was revealed that Norn’s attorney, Steven Cooper, sent 19 letters to Barclay over the summer asking for a postponement of the hearing. Cooper again attempted to postpone, saying he didn’t have enough time given the volume of material to properly prepare for the hearing.

Cooper also suggested that the insistence on holding the Oct. 4 hearing was politically motivated, as MPs return to the Legislature next week.

In his ruling, Barclay said if Cooper had focused on reading the evidence rather than asking for a postponement, he would have had more time to prepare.

He added: “Mr. Cooper’s suggestion that the date of this breeding was chosen and maintained to ease the timing of the legislature and was politically motivated is frankly insulting, baseless and entirely false.

At that, Norn interrupted, “Are you serious, Mr. Barclay?” Seriously? Wow. Wow. “He added,” It’s like a legal prank. “

“I’m going to own this”: recording

Following Barclay’s decision, the hearing proceeded with Ollie Williams of Cabin Radio as the first witness.

Williams said he had a “brief” conversation with Norn on April 23. Williams said at the time that Norn said he followed all isolation protocols and it was reported.

During his testimony, Cooper asked Williams how long the conversation had lasted. Williams said it lasted about five minutes. Shortly after saying so, Williams interrupted the interrogation to say that Norn had written “Liar” in the virtual call chat.

This led to a break for Cooper to speak with Norn.

The second witness was Liny Lamberink, a reporter for CBC.

Following a conversation in early May, she reported that Norn admitted to breaking the self-isolation rules.

During the hearing, Barclay heard a recording of Lamberink asking Norn if he had broken his isolation.

Cooper’s questioning of Lamberink was brief after Barclay said he couldn’t ask about his training.

“There’s just no point in asking any further questions given the limits the adjudicator placed on my ability to cross-examine,” said Cooper.

Video of Norn in the Legislative Assembly

In the afternoon, Dennis Marchiori was brought in as a witness. He is the Director of Compliance and Enforcement Operations within the COVID-19 Secretariat.

Basically, Marchiori said the count starts the day after someone arrives in the NWT.

During his testimony, Marchiori said that Norn received a letter or email stating that his period of isolation lasted until April 18 inclusive.

Later that day, Barclay saw video of Norn entering the Legislative Assembly building on April 17. The video presented was of poor quality and it was difficult to discern the individual.

Robert Braine, a legislature security guard, testified that he allowed Norn to enter the building and followed him to his office. Braine also said that Norn wore a mask at the time.

The hearing will continue on Wednesday.

After the hearing, the arbitrator can make recommendations to MPs on whether to discipline Norn.

Recommendations can range from a fine to dismissal of Norn as a Member of Parliament.

Perrottet’s first task is to restore our democracy