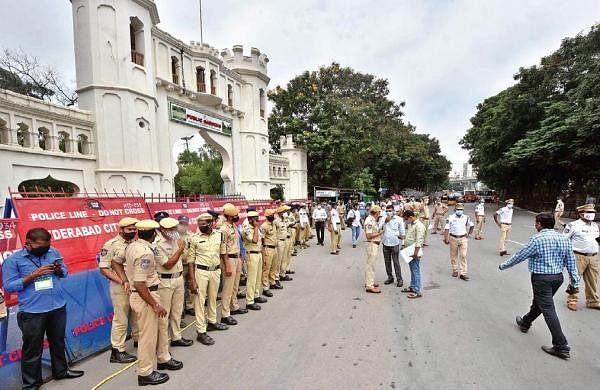 HYDERABAD: The TRS government decided to highlight its achievements in 10 sectors, including IT, industries and SC welfare, during the seven-day session of the State Legislature, which held started on Friday. According to the tentative schedule, the Legislative Assembly session would end on October 5, just in time for festivals like Dasara and Bathukamma, which are due to begin on October 7.

However, Chief Minister K Chandrasekhar Rao, at the Business Advisory Board (BAC) meeting on Friday, asked the president of the state legislature, Pocharam Srinivas Reddy, to discuss the topics suggested by the government as well as the opposition during the current session of the Assembly.

“The government can run the assembly for a number of days, but the session must be meaningful. The House should not become a platform for wrestling competitions. Rather, he should establish great traditions in the conduct of debates and the President should take steps in this direction, ”suggested the Chief Minister.

Two bills tabled in the Assembly

On Friday, the state government introduced two bills in the assembly – the first aimed at improving housing infrastructure in the state and the second, to enable the State Horticultural University Sri Konda Laxman Telangana to offer multidisciplinary diploma and diploma programs in the field of Horticulture and Forestry.

The bills will replace ordinances issued by the government. The proposal to amend the Telangana Housing Council Act 1956 arose out of the pressing need to develop housing infrastructure in the state.

The main objectives of the second bill are to bring out qualified forestry professionals for the conservation and sustainable management of forest resources, to develop appropriate methods through research for the propagation and planting of crops to meet demand, extension of training to farmers, networking and partnership with similar institutions to synergize learning and develop agroforestry and horti-forestry models adapted to different agro-ecological situations.

Chief Minister K Chandrasekhar Rao arrived in Delhi for a three-day visit. He went to the capital on Friday on a special flight from Begumpet. The chief minister will meet with Jal Shakti Minister Gajendra Singh Shekhawat on Saturday, attend the Union Home Ministry meeting on Sunday and meet with Union Minister of Civilian Supplies Piyush Goyal on the same day. He will be back in Hyderabad on Sunday. Rao will discuss irrigation and paddy supply issues with Union ministers and submit memoranda to them. Chief Secretary Somesh Kumar, TRS MP J Santosh Kumar and B State Planning Council Deputy Chairman Vinod Kumar also accompanied the Chief Minister to Delhi

MIM Assembly leader Akbaruddin Owaisi said Chief Minister K Chandrasekhar Rao had assured him that the secretariat mosque would be rebuilt by the government. Akbaruddin tweeted after meeting the Chief Minister on Friday: “Today we had a detailed discussion with Minister CM KCR Sahab and MAUD @KTRTRS Sahab at the TS assembly, CM reiterated his promise and assured that Masjid at the secretariat will be rebuilt in the same place with his Dignity & Amberpet Ek Khana Masjid will also be rebuilt soon [sic]. “

The chief minister said the government would establish a constitutional club in Hyderabad for MPs, MLCs, MPs and representatives of other peoples. The proposed club should become a platform for healthy debate and knowledge sharing, he said. Rao also said that the rank of secretary of the Legislative Assembly would be raised. Secretary of Legislative Assembly should be granted Union Cabinet Secretary status, Chief Minister said

The Chief Minister suggested that MPs and MLCs tour Delhi to enhance the sanctity of the Assembly. Stressing the need for Assembly committees to meet regularly, Rao said members of various legislative committees should visit India and foreign countries to learn new practices.

Debate sought on these subjects …

The Cabinet subcommittee formed to discuss land issues between farmers and forestry department officials met on Friday. No final decision has been made by the panel, which consists of Minister of Tribal Welfare Satyavathi Rathod, Senior Secretary of Spl Shanthi Kumari and others.